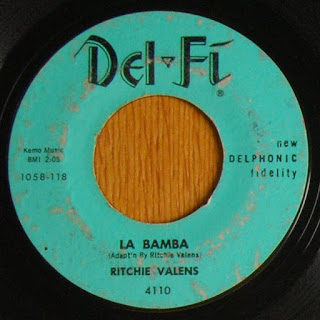 This was Valens’ last single that was released in his lifetime.

The musicians were really top notch in all Valens’ sessions.

“La Bamba” is ranked at #345 in Rolling Stone Magazine’s 500 Greatest Songs of All Time, where it’s the only song that is entirely not in English.

Email ThisBlogThis!Share to TwitterShare to FacebookShare to Pinterest
Labels: Artist V, the 50's