Record #0279: Does Anybody Know / Dying Daffodil Incident – A HANDFUL 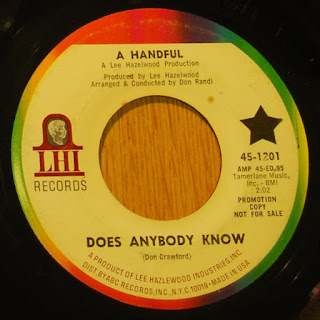 In a way, this band made only one single – under the name “A Handful” that is.

The group was exactly same as “The Kitchen Cinq”, a psychedelic garage rock band from Amarillo, TX. They had a famous producer, Lee Hazlewood, who also owned the label (Lee Hazlewood Industries).

Jim Parker and John Stark joined Them in 1971 (at least for their final album “Them In Reality”). Stark later recorded with Ry Cooder, Billy Preston, The Blues Image and others.

List price:  Not listed in Goldmine catalog. The Kitchen Cinq’s LHI singles are $12 for Near Mint (no info on promos)
Posted by T-Recs at 8:49 PM No comments: 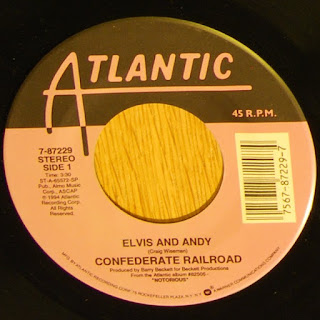 There’s a bit more recent Country music on this one. A moderate hit for Confederate Railroad.

List price:  Not listed in Goldmine catalog. Probably worth a buck or two.
Posted by T-Recs at 6:36 PM No comments:

Email ThisBlogThis!Share to TwitterShare to FacebookShare to Pinterest
Labels: Artist C, the 90's 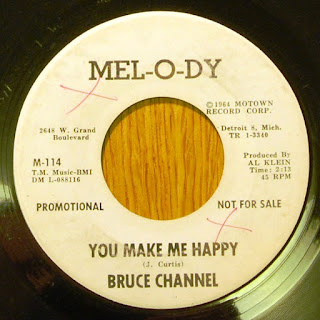 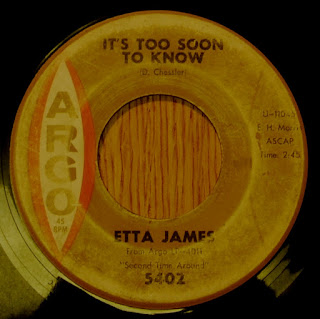 Argo 5402 (original) USA, Oct. 1961
Words & Music by:  Side A – Deborah Chessler; Side B – Billy Davis
Musicians: Etta James (vocals) and an orchestra conducted by Riley Hampton
Recording sessions: Produced by Phil Chess and Leonard Chess at Chess Studios, Chicago, IL, 1961
Highest chart positions: Side A – US #54; Side B – US #95

Both tracks appeared on James’ second album “The Second Time Around”.

Some sources in the web claim that “Seven Day Fool” was the A side of the single, but I went by Goldmine’s catalog in this.

Email ThisBlogThis!Share to TwitterShare to FacebookShare to Pinterest
Labels: Artist J, the 60's 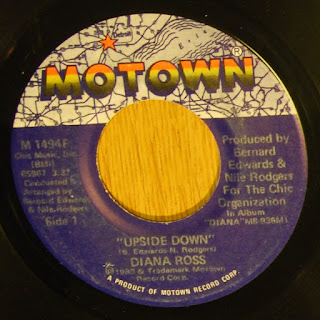 This is Diana Ross’ biggest hit so far. Both “Upside Down” and the flip appeared also on her 1980 album “Diana”.