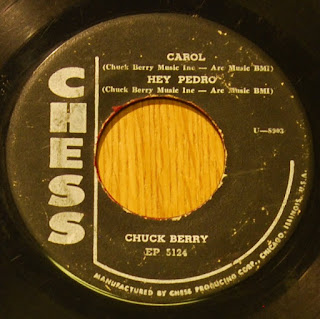 Here’s a bit of something special as the 250th record of the blog. This is Berry’s fourth EP on Chess label.

List price:  This is a rare piece. I truly wish I had the picture sleeve, too.
Posted by T-Recs at 3:28 PM No comments:

Email ThisBlogThis!Share to TwitterShare to FacebookShare to Pinterest
Labels: Artist B, Extended Play, the 50's 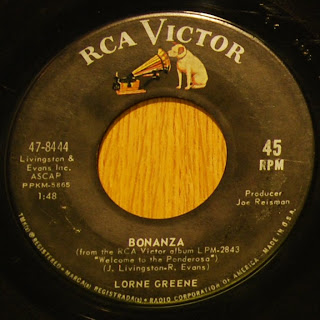 Dun-da-da-dun ... BONANZA! Yes, the flip is the theme song of the TV series, but even though it was sung by Greene, I don’t think this version was ever played in the series.

Somewhat incredible as it may seem, “Ringo” reached US #1 (on Dec. 5, 1964), taking the place from The Shangri-Las “Leader of the Pack”. It stayed there for one week and was dropped by Bobby Vinton’s “Mr. Lonely”.

Both songs were also released on Greene’s 1964 album “Welcome To the Ponderosa” (US Album #35).

Email ThisBlogThis!Share to TwitterShare to FacebookShare to Pinterest
Labels: Artist G, the 60's 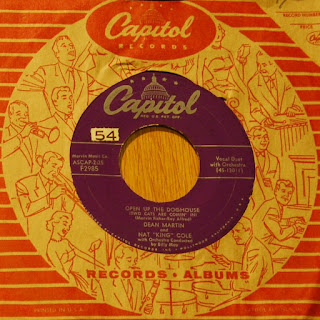 Supposedly Cole was first set to do this session with Frank Sinatra, who called it off at the last minute.

The A side is here and the flip here. 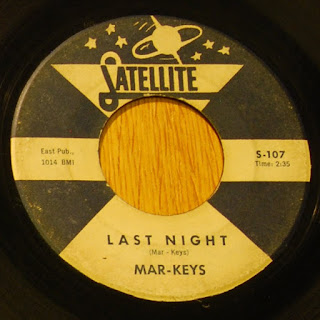 This group had the beginnings for other Memphis groups like the Memphis Horns and Booker T. & the M.G.’s. Also, while being bands, the latter and the Mar-Keys were also house bands for Stax, playing on most of the records released by the label. (Satellite Records changed its name to Stax Records in Sep. 1961)

Cropper and Dunn (who passed away last May) both played in the Blues Brothers movies and soundtracks in 1980 and 1998.

Both tracks of this 45 are here.

Email ThisBlogThis!Share to TwitterShare to FacebookShare to Pinterest
Labels: Artist M, the 60's

Record #0246: The Grand Coulee Dam / Nobody Loves Like an Irishman – LONNIE DONEGAN & HIS SKIFFLE GROUP 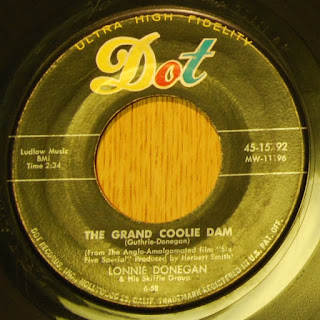 Another one from Britain’s biggest before the Beatles. This release didn’t do much in the States, but it was a fairly big one in the UK.