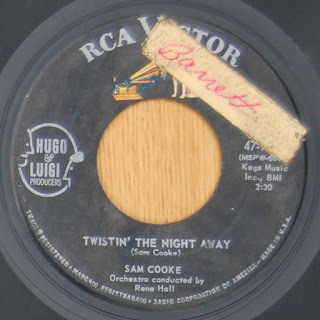 To make it short and simple: this is a great single.

Email ThisBlogThis!Share to TwitterShare to FacebookShare to Pinterest
Labels: Artist C, the 60's 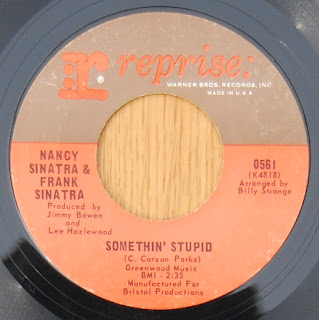 This single was a huge international hit. This is probably still the only father-daughter duet #1 song in US charts.

Reprise released also another version of this single later in 1967 with the same number, same A side, but with “I Will Wait For You” as the flip side. 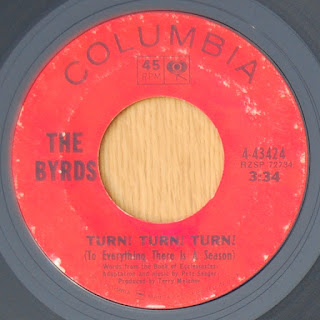 A great part of this musical painting is painted with McGuinn’s 12-string Rickenbacker guitar. What a great sound.

This single was released five months after “Mr. Tambourine Man”, which went #1 in both US and UK charts. “Turn! Turn! Turn!” didn’t find quite the same success in the UK, but it topped the charts in the US. 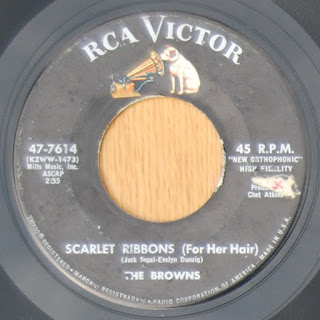 The title song is a cover of Dinah Shore’s and Juanita Hall’s original from 1949 and it has been covered my many artists including Harry Belafonte, Frankie Laine, Roy Orbison, Gene Vincent, Jim Reeves and Willie Nelson. The Browns’ folk/country cover has been the biggest success of the song in the States.

Record #0066: Smoke Gets In Your Eyes / Harbor Lights – THE PLATTERS 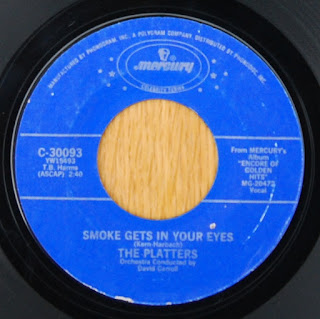 This is a dime a dozen re-issue record, at least for a collector. The songs of this single were the A sides of two singles released by the Platters in 1958 an 1960. They are great classic songs, nevertheless.

Side A was recorded during the group’s tour in Europe.

List price:  Not listed in Goldmine’s guide. These go for a couple of bucks in ebay.
Posted by T-Recs at 6:00 PM No comments: