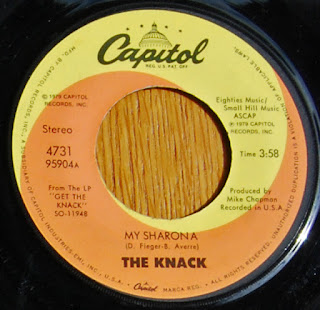 This was one very successful debut single. It sold over a million copies in less than three months.

List price:  Not listed in Goldmine's catalog.
Posted by T-Recs at 6:00 PM No comments:

Email ThisBlogThis!Share to TwitterShare to FacebookShare to Pinterest
Labels: Artist K, the 70's 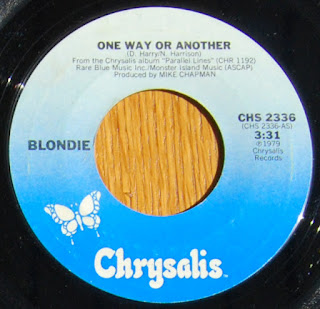 This was the 7th hit single of Blondie, but it was only the 2nd one in the States (the first one was the US #1 hit "Heart of Glass" earlier the same year).

List price:  Not listed in Goldmine's catalog
Posted by T-Recs at 10:09 PM No comments:

Email ThisBlogThis!Share to TwitterShare to FacebookShare to Pinterest
Labels: Artist B, the 70's

Record #0354: Carrie Anne / Signs That Will Never Change – THE HOLLIES 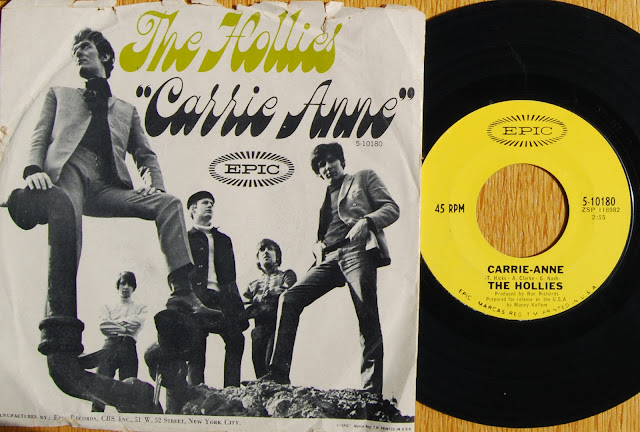 Nash has said that he wrote "Carrie Anne" for Marianne Faithful, but was too shy to use her real name in it.

Though written by Hicks, Clarke and Nash, the flip side was originally released by The Everly Brothers on their album "Two Yanks in England" in 1966. The Hollies were actually the backing band on most of the tracks on that album.

Email ThisBlogThis!Share to TwitterShare to FacebookShare to Pinterest
Labels: Artist H, the 60's

Record #0353: Mack the Knife / Maryland, My Maryland – TURK MURPHY AND HIS BAND 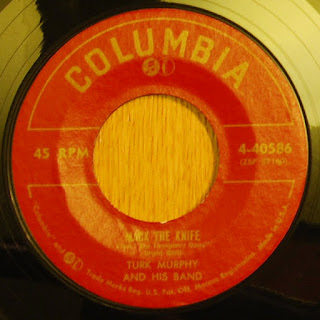 I already posted Louis Armstrong's and Bobby Darin's takes on "Mack". Here's the man who came up with the arrangement for Armstrong's version.

List price:  Not listed in Golmine's catalog
Posted by T-Recs at 4:35 PM No comments:

Email ThisBlogThis!Share to TwitterShare to FacebookShare to Pinterest
Labels: Artist M, the 50's 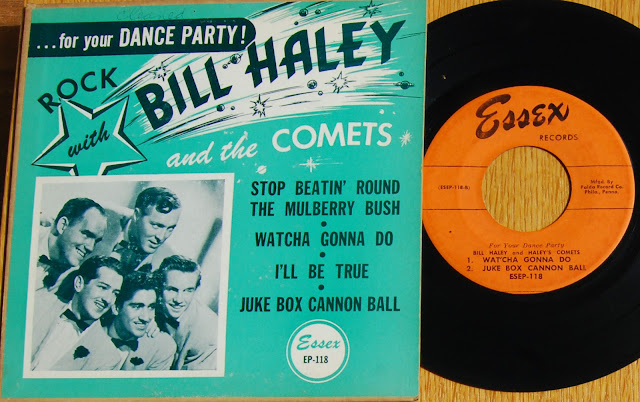 Bill Haley & His Comets recorded most of these tracks before they got their first hit with "Crazy, Man Crazy" (mid-1953, US #12). In fact, A2 was recorded in the same session and it was the flip side of the hit.

At the time of recording tracks A1 and B2, the group's name was Bill Haley and the Saddlemen.

List price:  Both the record and the picture sleeve are quite rare.
Posted by T-Recs at 6:10 PM No comments: 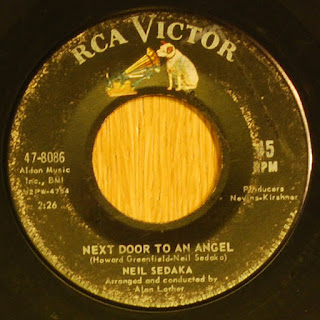 RCA Victor 47-8086 (original) USA, Sep. 1962
Words & Music by:  Side A – Howard Greenfield, Neil Sedaka; Side B – Greenfield, Sedaka
Musicians: Neil Sedaka (vocals), Side A – orchestra conducted by Alan Lorber; Side B – orchestra conducted by Chuck Sagle
Recording sessions: Produced by Al Nevins and Don Kirshner in New York, NY, Side A - 1962; Side B - 1959
Highest chart positions:  US #5

This was Sedaka’s last US Top 10 single until “Laughter In the Rain”, which topped the charts in 1974.

Later on Don Kirshner became the manager of The Monkees and the president of Colgems label.

So, I've had this blog for a year now - still quite a few records to post. It hasn't quite been "one record per day", but with the average of 0.96 per day I'd say it's pretty darn close. :)

I've learned a lot about the records I have posted here; many things I didn't know about these discs and the artists.

Email ThisBlogThis!Share to TwitterShare to FacebookShare to Pinterest
Labels: 1st - why this blog? 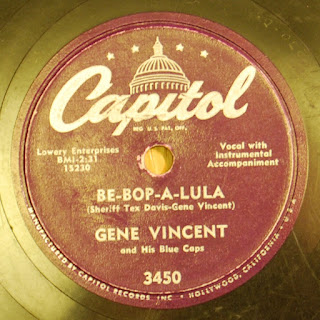 This was the great debut single of one of the greatest bands of early rock’n’roll.

The flip was banned from airplay in many radio stations in the States and BBC banned it in the UK. “Woman Love” was originally the title song of the record, but as “Be-Bop-a-Lula” started climbing the charts, Capitol soon flipped the disc.

A superb record with amazing vocals, brilliant lead guitar and the rest of the band isn’t too shabby either. Not a single session musician was needed here; The Blue Caps were that good. Reportedly Owen Bradley had brought Hank Garland and Grady Martin to the session in case Cliff Gallup could not do the job right. When they heard Gallup doing a warm-up with his Gretsch 6128, they smiled and left the studio.

Vincent recorded new versions of Be-Bop-a-Lula later in his career. The twist flavored version released in 1962 was a fair success in the UK, though not in Top 100. It also climbed to #2 in Sweden and #7 in Finland. I’ll post that record here later on.

I got this piece as a going away present from Bernie's Antiques & Collectibles (in Bothell, WA), when my family and I were about to leave the States. A great gift indeed! Super thanks, Bernie! 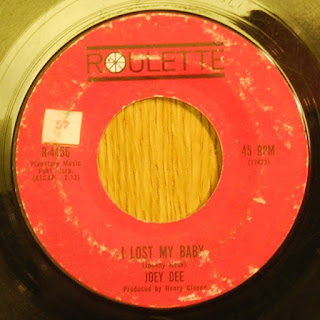 Nice guitar work on side A. This was likely done by a session musician (Al Caiola??), not the Starlighters’ guitarist.
One Jimmy James also played guitar in Dee’s band 3 years later in 1965. :)

Email ThisBlogThis!Share to TwitterShare to FacebookShare to Pinterest
Labels: Artist D, the 60's 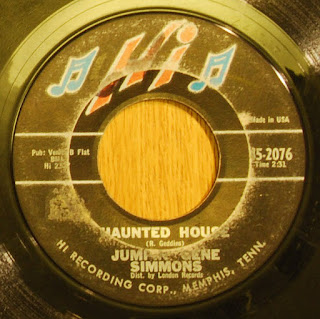 No, this is not that Gene Simmons (of Kiss) but there is a link between the two as Gene Klein chose his stage name as a tribute to this rockabilly artist, who started his career with Sun Records in 1958. Before working for Sun he performed as an opening act for Elvis Presley in Tupelo, MS, back when the latter was just starting to gain fame.

Simmons worked with groups such as The Bill Black Combo and later he also co-wrote (with Tommy Barnes and John D. Loudermilk) Tim McGraw’s first US Country Top 40 single “Indian Outlaw” in 1993. 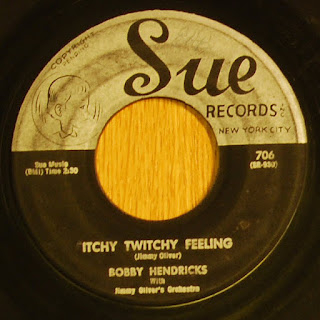 Before his solo career, Hendricks was the lead singer in various vocal groups and did the job briefly with The Drifters as well.