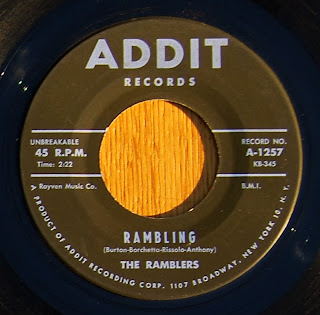 It was fairly hard to find information about this group and this record. Apparently they were all school kids, teenagers, when they released this. Three different listings show that this was the only record they made.

The group toured for a while with Chuck Berry, The Tokens and Dion & The Belmonts. They also performed in American Bandstand on Sep. 27, 1960.

Email ThisBlogThis!Share to TwitterShare to FacebookShare to Pinterest
Labels: Artist R, the 60's