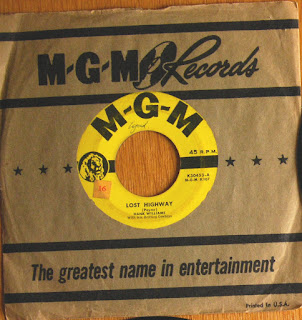 Hank Sr. Released the title song already in 1949 as a 78 rpm single with “You’re Gonna Change (Or I’m Gonna Leave)” as the flip side. Next year he released the same songs as a 45 rpm single with switched sides.  Now this particular record is part of a singles album (four records, MGM K107) that was released in 1952. I’m missing one of the singles in the album (and the album cover). The two other records will be posted here later.

Hats off to Leon Payne for writing this great country song and to Hank Sr. for the great cover version of it.

Payne (who was blind) came up with the song when he was hitching a ride from California to Texas, to visit his sick mother.

List price:  Not listed in Goldmine guide
Posted by T-Recs at 8:38 PM No comments: 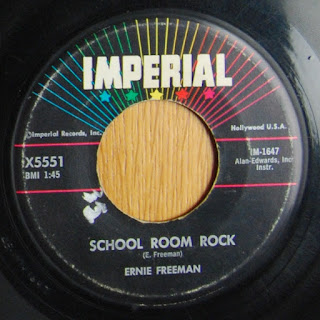 Ernie Freeman was one of the most notable session pianists of the 50’s and the 60’s. Just like Earl Palmer, he seemed to be playing on every other classic of the era (more here). He also had some groups of his own like “Ernie Freeman Orchestra” and “Ernie Freeman Combo”. This record was made by the latter.

Neither of these tracks are in YouTube. I put Pee Wee Crayton’s original “Blues After Hours” (1948) here.

Email ThisBlogThis!Share to TwitterShare to FacebookShare to Pinterest
Labels: Artist F, the 50's 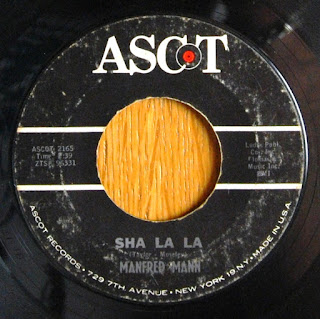 This was the group’s second single release in the US. The first one was “Do Wah Diddy Diddy”, which was #1 in both US and UK charts.

Email ThisBlogThis!Share to TwitterShare to FacebookShare to Pinterest
Labels: Artist M, the 60's 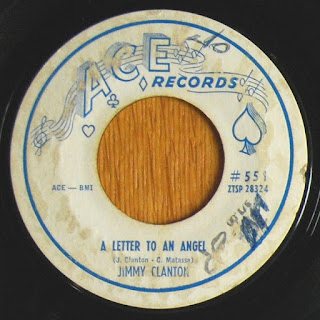 This was Clanton’s third single. He was moving away from the Big Easy R&B influences towards pop. The title song didn’t even hit US R&B charts.

Email ThisBlogThis!Share to TwitterShare to FacebookShare to Pinterest
Labels: Artist C, the 50's 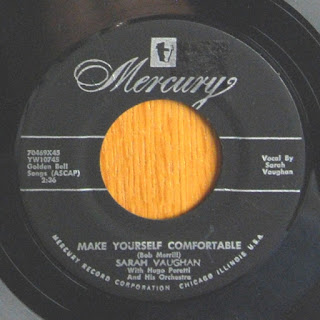 Vaughan had just left Columbia Records and joined Mercury in the beginning of 1954. She recorded potential hit songs for Mercury label and more jazz type of material for its subsidiary label “EmArcy” during her Mercury years.

This record was Vaughan’s first hit with Mercury.