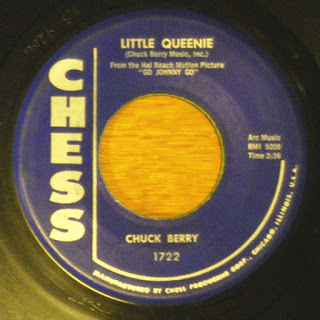 Berry had a role (as himself) in 1959 movie “Go, Johnny, Go!” where he performed “Little Queenie” and two other songs.

There was a quite a solid bunch of musicians making this one. Gotta love Johnnie Johnson’s piano! 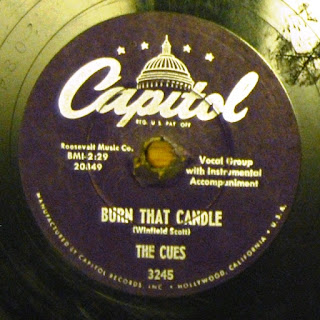 Three posts ago I mentioned a group called “the Cues” as they provided backing vocals for Chuck Willis. This was their second biggest hit (their highest charting came with single “Why?”, US #77).

“Burn That Candle” had just started to climb the charts, when Bill Haley & His Comets released their cover version of the song in November 1955. The Cues’ original stopped climbing and Haley’s cover went up to #9 in US charts (also in R&B).

The Cues backed many hit artists of the day, but they did it under different names. They provided backing vocals for LaVern Baker in “the Gliders” (including her biggest hits “Tweedle Dee” and “Jim Dandy”), for Joe Turner in “the Blues Kings” (incl. hits like “Shake, Rattle And Roll” and “Flip, Flop And Fly”), for Ruth Brown in “the Rhythmakers” (incl. hit “I Can See Everybody’s Baby”) and for few others as well.

Robie Kirk became a very successful songwriter. The biggest hit he ever wrote was Elvis Presley’s “Return To Sender” (co-written by Otis Blackwell), which went #1 in the UK and #2 in the US, where it sold over one million copies.

“Bye Bye, Love” is a cover version of the Everly Brothers' original hit (US #2, US Country #1) of spring ‘57. Also Pierce did well with this in the Country charts. Too bad I wasn’t able to find his version in YouTube.

This is yet another hit record that was made in Bradley’s Barn with top notch musicians.

Webb Pierce was very productive and popular in the 50’s. He had thirteen #1 singles in the (Country) charts for a total of 113 weeks! His biggest hit “In the Jailhouse Now” spent 21 weeks at #1. I’ll post that one later.

Email ThisBlogThis!Share to TwitterShare to FacebookShare to Pinterest
Labels: Artist P, the 50's 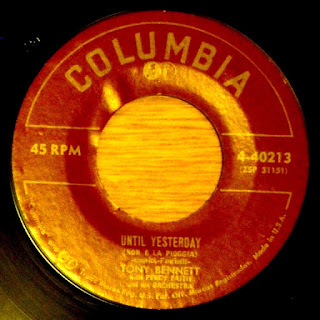 Though this is not among Bennett’s big and famous hit songs, it’s still classy, smooth and well produced. 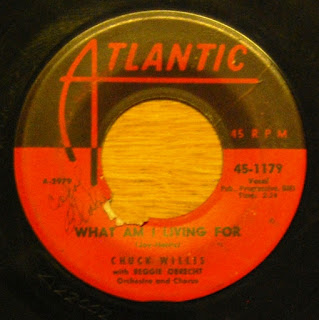 This record is loaded with notable musicians and it also very much sounds like it was played by hard-boiled professionals.

Also famous for his #1 R&B hit “C.C. Rider”, Chuck Willis had his biggest hit with this record that sold over one million copies. “What Am I Living For” was Billboard’s top R&B single of the year.

Willis didn’t see the success of this record, though, as he died soon after its release in a stomach ulcer surgery.

The Cues (a doo-wop group from New York) provided the backing vocals here. I have some of their records to post later. 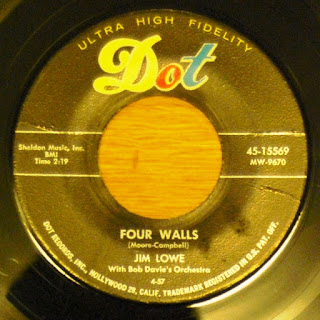 Jim Lowe’s biggest and only #1 hit was “Green Door”. This single did pretty well, too. I can’t find much more information about this one, though.

“Green Door” will be posted here later on.

Email ThisBlogThis!Share to TwitterShare to FacebookShare to Pinterest
Labels: Artist L, the 50's 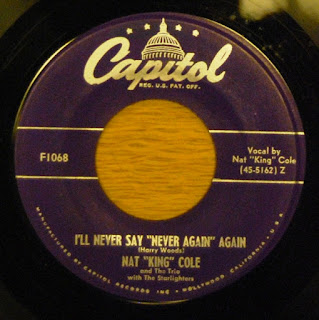 This single was released between hit singles “Exactly Like You” (US R&B #9) and “Home” (US #22). This still has some feel of the King Cole Trio recordings of the 40’s.