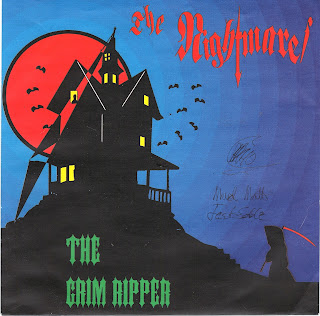 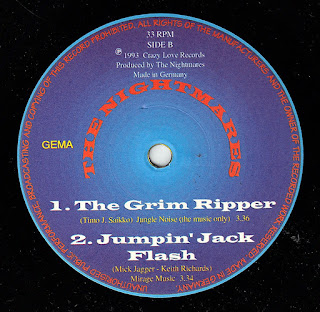 This is the first record released by Finnish psychobilly pioneers, the Nightmares (formed in June 1983). Took them 10 years to make a record and in that time they seemed to look into other genres as well. Covers versions of Cream and Rolling Stones originals points to this direction.

The Nightmares' first published recording was "Renny the Radioactive Reindeer", which was released on Jungle Noise's (another German indie label) "Wreckin' Around the Christmas Tree" compilation in 1991.

Their YouTube channel says the band will be return in 2016.