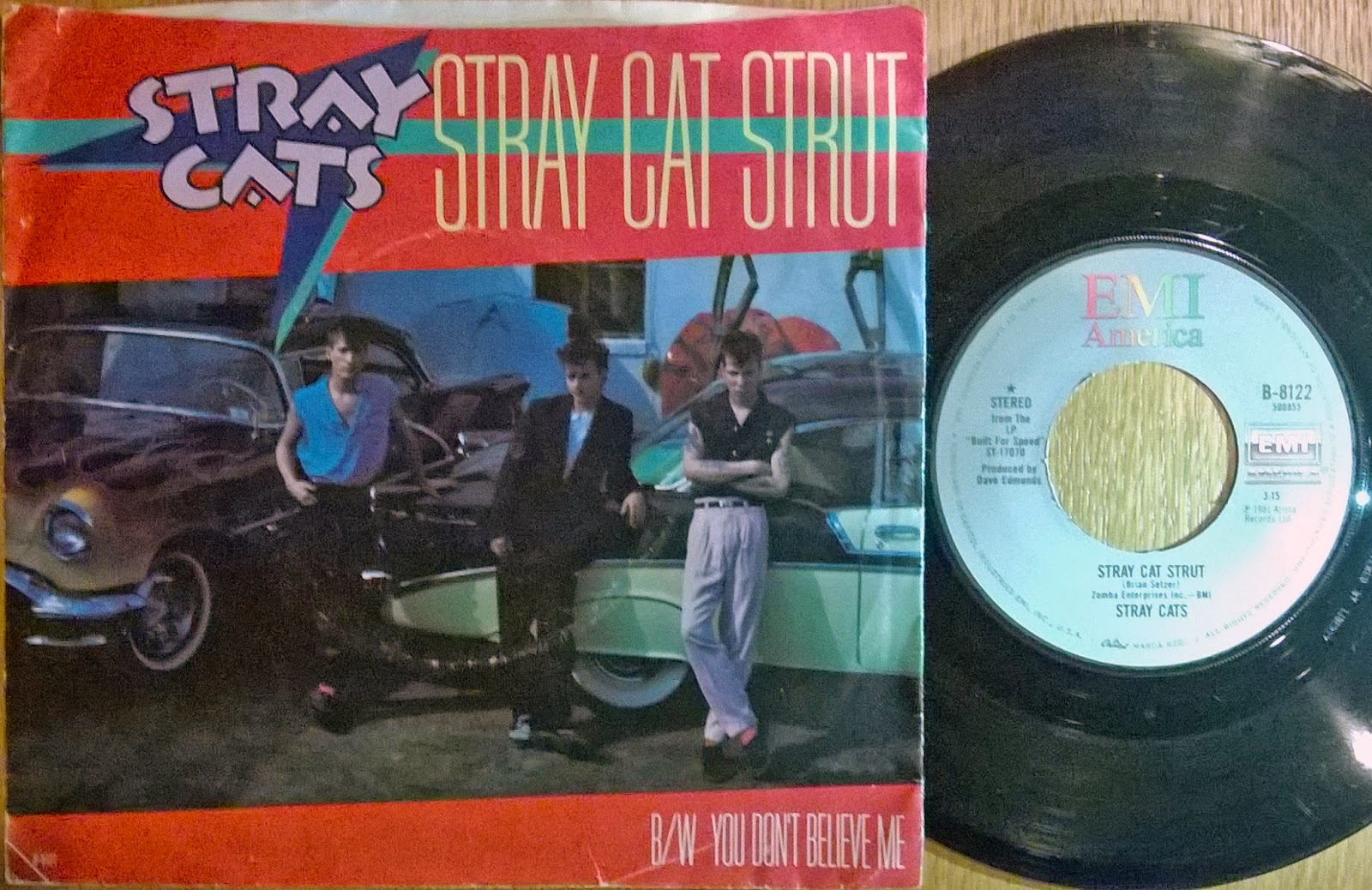 Here's one of the best trios in modern rockabilly with their highest entry in the US charts. The group was "discovered" in the UK well before the success was found in the States. "Stray Cat Strut" had its peak in the UK over a year before it did the same in the US.

The UK release of "Stray Cat Strut" (Arista SCAT 3) had "Drink That Bottle Down" on the flip side.

I used to play the Stray Cats' records a lot in my late teens and combed my hair into a tall quiff every day. :)
Still dig their songs - especially Setzer's guitar work.

List price:  Not listed in Goldmine's catalog
Posted by T-Recs at 8:59 PM No comments:

Email ThisBlogThis!Share to TwitterShare to FacebookShare to Pinterest
Labels: Artist S, the 80's 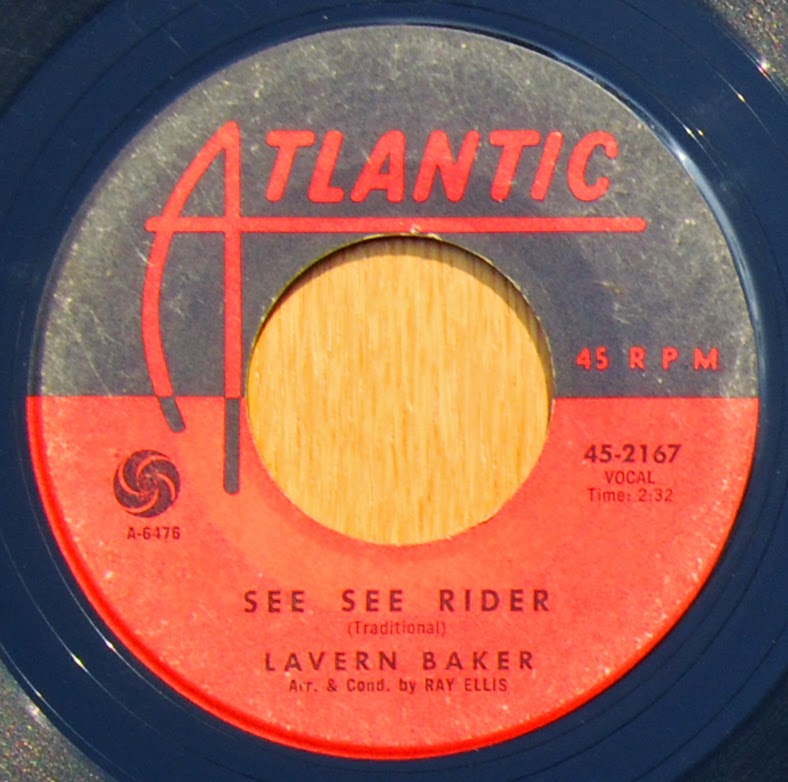 Here's Baker's great take on this blues / R&B classic. What a great voice she had!

Both sides were recorded in Baker's final session for Atlantic Records, and "See See Rider" was her last entry in US Top 40 and US R&B Top 10. 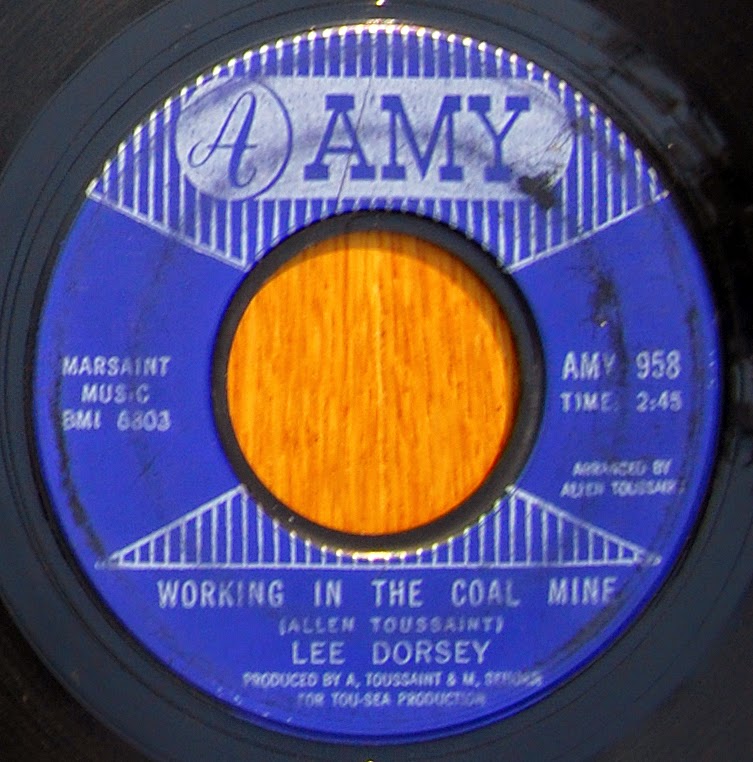 Email ThisBlogThis!Share to TwitterShare to FacebookShare to Pinterest
Labels: Artist D, the 60's 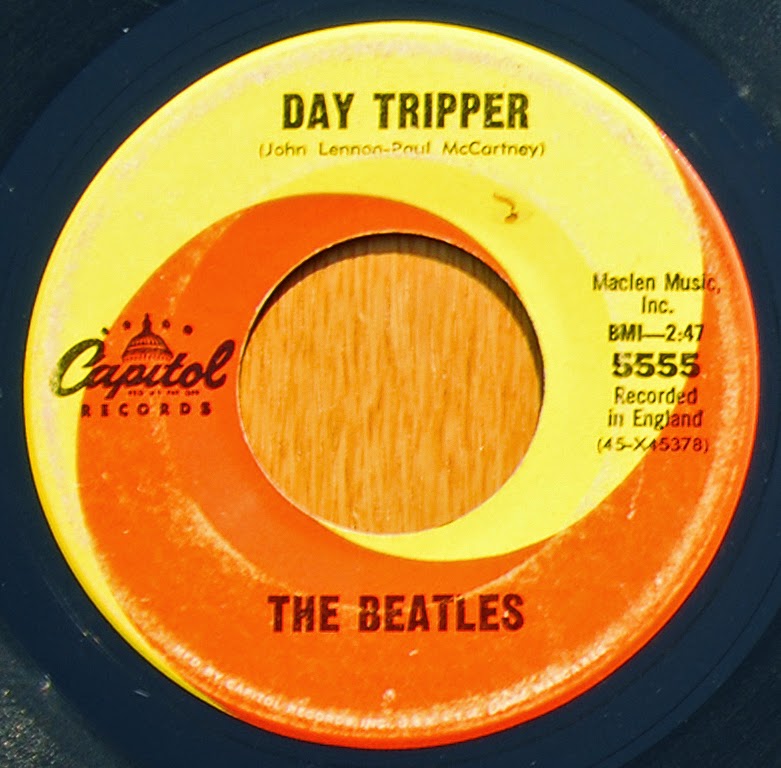 This was one of the Beatles' double A-sided singles, ie. no flip sides on this. While both sides hit #1 in the UK, it seems that "We Can Work It Out" was slightly predominant side in the States and also considered more as an A-side.

Although Lennon and McCartney did collaborate when writing these songs, "Day Tripper" is mostly John's and "We Can Work It Out" is mostly Paul's.

These songs were recorded in the "Rubber Soul" sessions, but were not chosen into the album. In the US these were included on album "Yesterday and Today", which was released between "Rubber Soul" and "Revolver". In the UK, the songs were never released on a studio album. 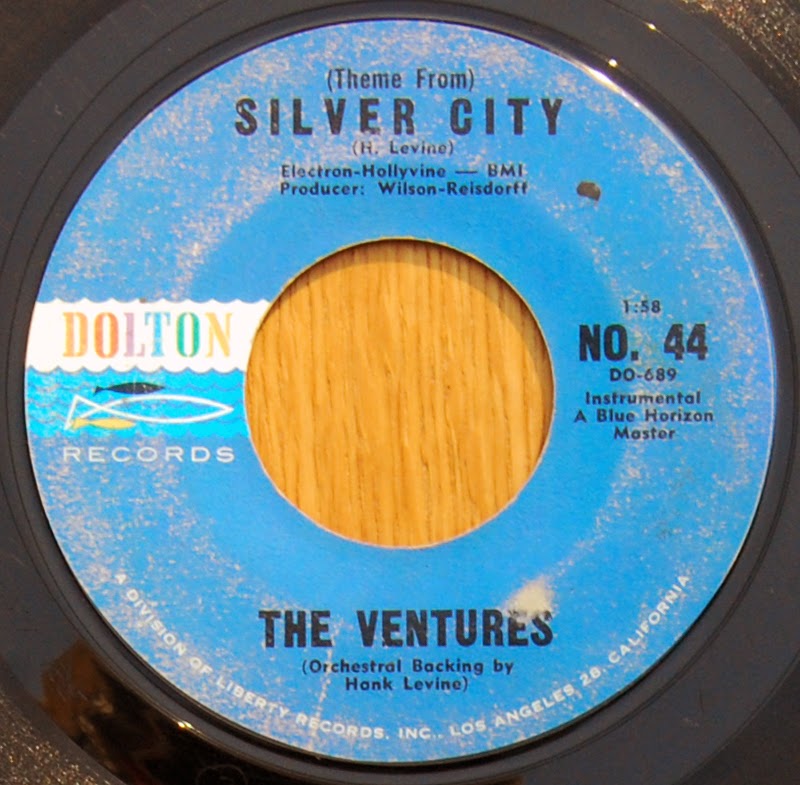 Both tracks are from the group's album "The Colorful Ventures" (US Album #94) released on Oct. 2, 1961. As for the style, these two do not sound very typical tracks of the Ventures. Maybe it's the orchestra ... and Duane Eddy influences on the A-side.

By this time the Ventures were completing the transition where Edwards and Bogle switched places in lead guitar and bass. The album liner notes still credit Edwards for both lead and bass guitars. The A-side has definitely Nokie picking the lead. Not 100% sure of the flip.

Email ThisBlogThis!Share to TwitterShare to FacebookShare to Pinterest
Labels: Artist V, the 60's

Record #0567: Kicks / Shake It Up – PAUL REVERE AND THE RAIDERS Featuring Mark Lindsay 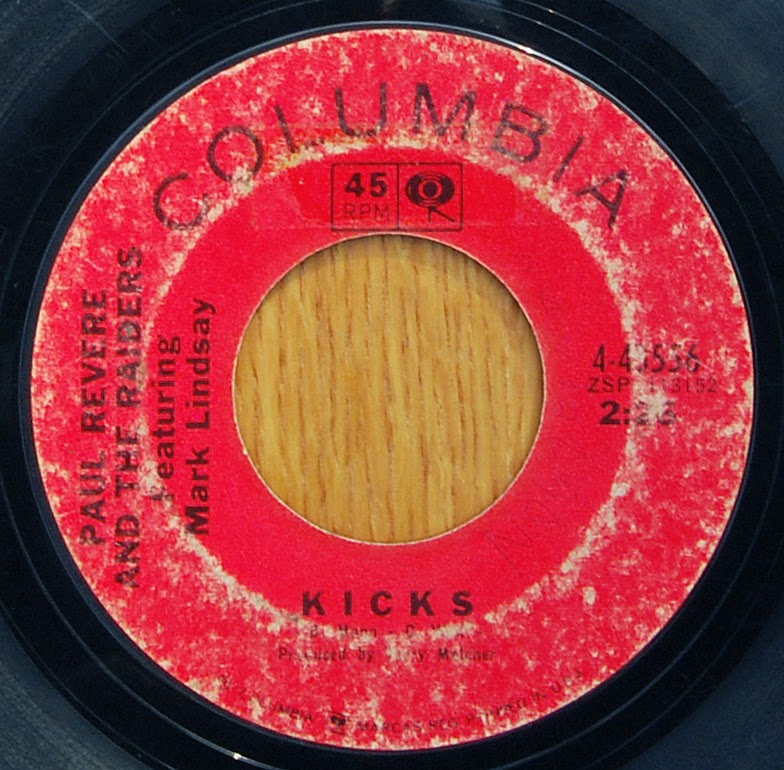 This was the first US Top 10 entry for the group. They still had to wait for another five years until getting their first US #1 hit with "Indian Reservation".

Mann and Weil first offered "Kicks" for the Animals, but Eric Burdon turned it down.

Email ThisBlogThis!Share to TwitterShare to FacebookShare to Pinterest
Labels: Artist R, the 60's

Record #0566: Why Do Fools Fall In Love / Please Be Mine – THE TEENAGERS FEATURING FRANKIE LYMON 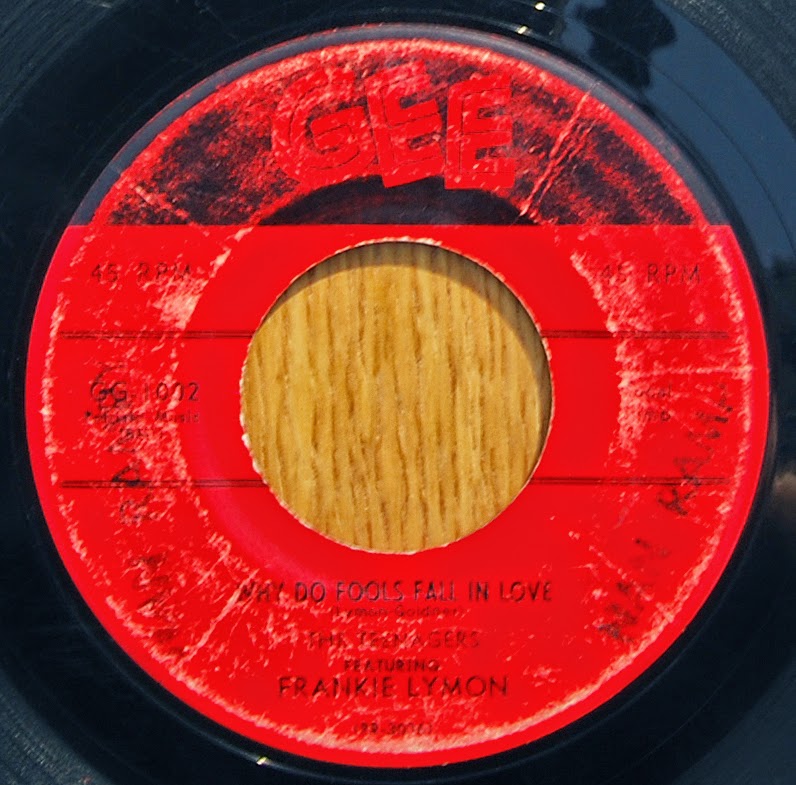 A 13-year-old Lymon was leading this group (called "The Premiers" at that time), when they walked into the studio to record their debut single "Why Do Birds Sing So Gay?"/"Please Be Mine". The A-side and the group were re-named before the record was pressed to vinyl (and shellac).

What a debut it was! An international hit, that was later ranked at #307 in Rolling Stone Magazine's "500 Greatest Songs of All Time".

The credits for the title song were afterwards settled in court.

Email ThisBlogThis!Share to TwitterShare to FacebookShare to Pinterest
Labels: Artist T, the 50's 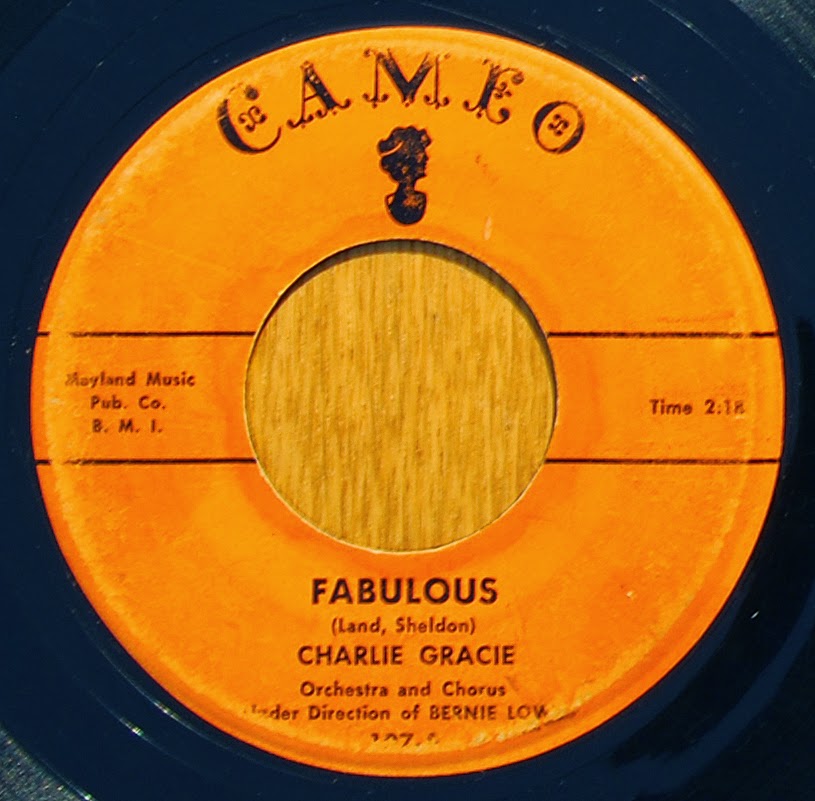 "Fabulous" was Charlie Gracie's second and the last entry in US Top 20. He did score a couple of more hits in the UK, though.

Kal Mann and Bernie Lowe founded Cameo-Parkway Records in 1956. They also wrote many hit songs together; the biggest hit being Elvis Presley's "Teddy Bear" in 1957 (US #1, US R&B #1, US Country #1, UK #3). Dave Appell was the A&R director of Cameo-Parkway, and also co-wrote some of the label's biggest hits with Kal Mann (e.g. Chubby Checker's "Let's Twist Again").

I actually like the flip side more. Nice guitar work by Gracie.