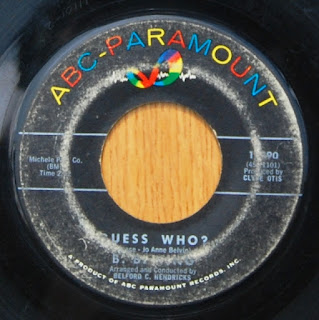 The chart success of “Guess Who?” came with the 1972 re-issue (ABC 11330) with “Better Lovin’ Man” as the flip side. This original one didn’t fly and isn’t even listed in most B.B. King discographies (I had to look it up in ABC Paramount discography).

Email ThisBlogThis!Share to TwitterShare to FacebookShare to Pinterest
Labels: Artist K, the 60's 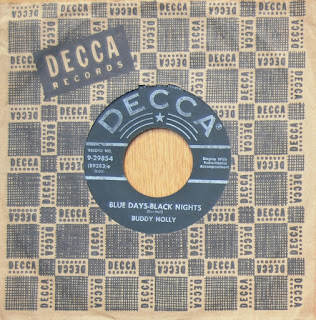 I hand-picked this one to be the 100th record in the blog. This is another fine recording made at Owen Bradley’s studio and a solid piece of rock and roll history.

This was the first single Buddy Holly released. As his second single (“Modern Don Juan” / “You Are My One Desire”) didn’t fly either, Decca decided to let Holly go. Holly then signed two recording contracts; as a solo artist he signed with Coral and as a member of the Crickets he went to Brunswick. Both labels were subsidiaries of Decca. Later on Holly looked back on this and said: "They kicked us out the front door and so we went in the back door."
The first release with Brunswick was “That’ll Be the Day” and it launched Holly to stardom.

Email ThisBlogThis!Share to TwitterShare to FacebookShare to Pinterest
Labels: Artist H, the 50's 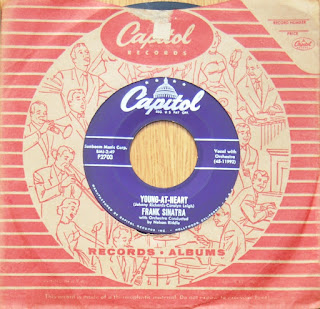 Sinatra started his recording career already back in 1939, but I think this is one of the oldest of his records in my collection. This was his 5th single with Capitol Records.

When this was released, Sinatra was filming a movie with Doris Day. This single became such a hit that they named that movie after it.

Email ThisBlogThis!Share to TwitterShare to FacebookShare to Pinterest
Labels: Artist S, the 50's 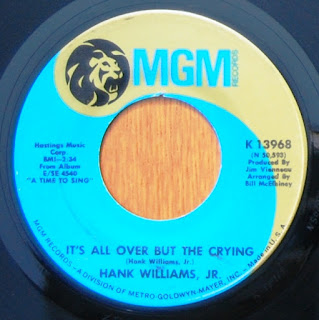 These tracks were also in Williams’ 10th studio album “A Time To Sing”, a soundtrack for a movie with the same title. Hank Jr. starred in the film with a fairly unknown cast. These two clips of “It’s All Over But the Crying” and “Rock In My Shoe” are from the movie.

Email ThisBlogThis!Share to TwitterShare to FacebookShare to Pinterest
Labels: Artist W, the 60's 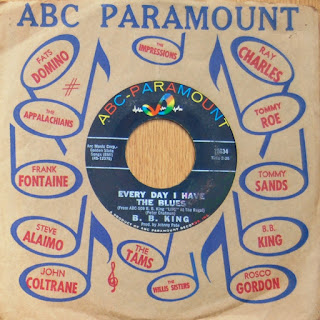 Apparently I have most of my B.B. King records in the first box.

This is a single release from King’s LP “Live at the Regal” (US #78), which is regarded as one of the greatest blues albums ever recorded.

Side A is a blues standard originally recorded by Memphis Slim in 1947.