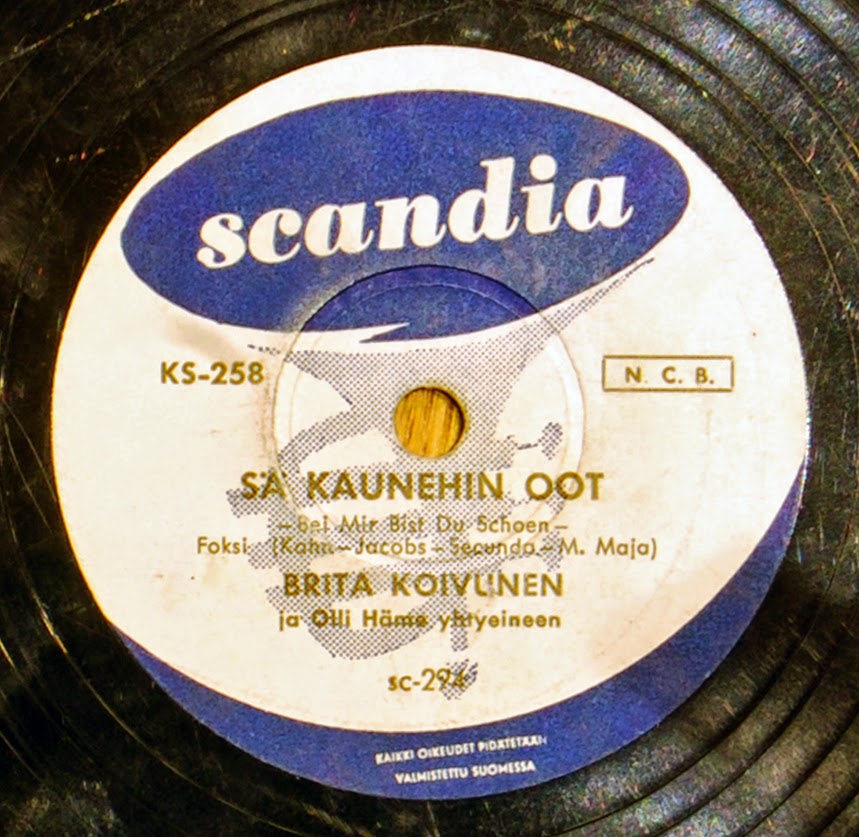 Koivunen was one of the most popular singers in Finland in the late 50's and early 60's. Her preceding single "Suklaasydän" is holding the 9th place in the all-time best selling domestic singles in Finland. It also topped the Finnish single charts for almost three and a half months in the second half of 1956. Although "Sä kaunehin oot" didn't do commercially nearly as well as her biggest hit, it's still regarded as one of her classics.

Koivunen recorded a bit rock flavored versions of these two songs in 1959 and 1960.

The original version of the title song was recorded by The Andrews Sisters in 1937. The following year it topped the Billboard Hot 100.

List price:  Not listed. Finnish antique shops sell this for about 10 bucks.
Posted by T-Recs at 10:45 AM No comments: