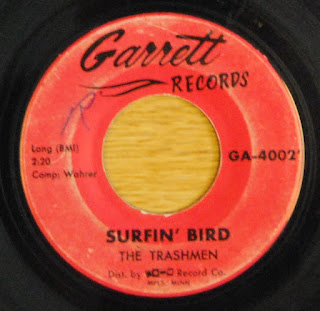 While most of the surf bands of the early 60’s came from California, this one came from Minneapolis, MN, where surfin’ wasn’t that big.  The Trashmen was a one-hit-wonder and this was their hit single. Surfin’ Bird has later been covered by quite many bands and it also appears on many movie soundtracks.

Email ThisBlogThis!Share to TwitterShare to FacebookShare to Pinterest
Labels: Artist T, the 60's