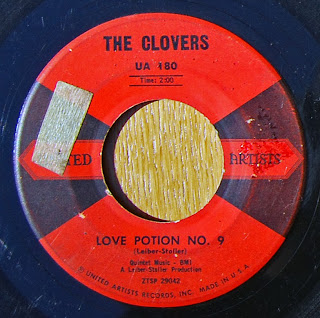 This sounds a bit like The Coasters and the reason for it is rather simple; at the time both groups were produced by Leiber & Stoller, who also wrote many of The Coasters' hit songs. "Love Potion No. 9" was the only hit they wrote for The Clovers. Another common nominator here is King Curtis, who also played in many recording sessions with The Coasters.

Email ThisBlogThis!Share to TwitterShare to FacebookShare to Pinterest
Labels: Artist C, the 50's